Researchers from National Taiwan Normal University and Kyushu University have developed a new memory device, readable through both electrical and optical methods, that needs only perovskites to simultaneously store and visually transmit data. 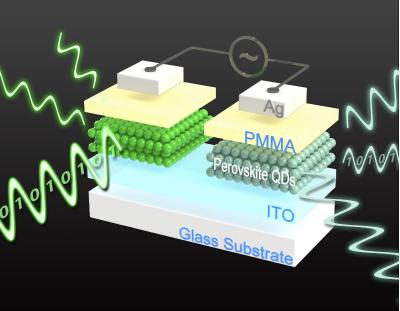 By integrating a light-emitting electrochemical cell with a resistive random-access memory that are both based on perovskite, the team achieved parallel and synchronous reading of data both electrically and optically in a 'light-emitting memory.'

A research team led by Professor Jang-Sik Lee of Pohang University of Science and Technology (POSTECH) has developed a halide perovskite-based memory with ultra-fast switching speed. 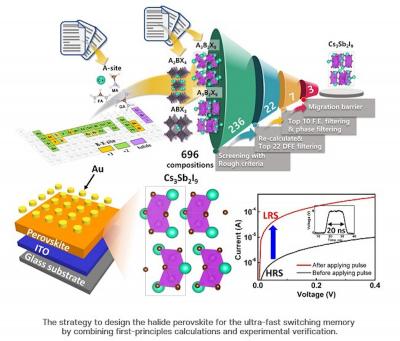 Resistive switching memory is a promising contender for next-generation memory device due to its advantages of simple structure and low power consumption. Various materials have been previously studied for resistive switching memory. Among them, halide perovskites are receiving much attention for use in the memory because of low operation voltage and high on/off ratio. However, halide perovskite-based memory devices have limitations like slow switching speed which hinder their practical application in memory devices.

Researchers at the U.S. Department of Energy's National Renewable Energy Laboratory (NREL) have reported a breakthrough in energy-efficient phototransistors - devices that could someday help computers process visual information similarly to the human brain and be used as sensors in applications like self-driving vehicles.

The structures rely on metal-halide perovskites. Jeffrey Blackburn, a senior scientist at NREL and co-author of a new paper outlining the research, said: 'In general, these perovskite semiconductors are a really unique functional system with potential benefits for a number of different technologies'. 'NREL became interested in this material system for photovoltaics, but they have many properties that could be applied to whole different areas of science.'

Researchers at LinkÃ¶ping University in Sweden have announced the development of an optoelectronic magnetic double perovskite. The discovery could open the door to combining spintronics with optoelectronics for rapid and energy-efficient information storage.

The team explains that one type of perovskite that contains halogens and lead has recently been shown to have interesting magnetic properties, opening the possibility of using it in spintronics. Spintronics is thought to have huge potential for the next generation of information technology, since information can be transmitted at higher speeds and with low energy consumption. However, magnetic properties of halide perovskites have until now been associated only with lead-containing perovskites, which has limited the development of the material for both health and environmental reasons.

Australia-based RRAM developer 4DS Memory announced that it has raised a total of $7.6 million AUD ($5.45 million USD) in two financing round. The 4DS memory cell is constructed using an advanced perovskite material, which has the same crystal structure as the inorganic compound calcium titanium oxide.

4DS Memory says that it will use the funds to further develop its Interface Switching ReRAM technology with imec and Western Digital's subsidiary, HGST.

As rapid distribution and transmission of high-quality contents are growing rapidly, it is critical to develop reliable and stable semiconductor memories. To this end, the POSTECH research team succeeded in designing an optimal halide perovskite material (CsPb2Br5) that can be applied to a ReRAM device by applying first-principles calculation based on quantum mechanics. 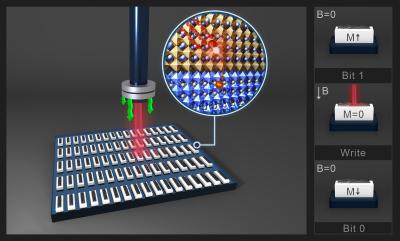 scientists at the University of Warwick, Oxford University, University of Cambridge, Los Alamos National Laboratory and University at Buffalo in the U.S have found a colossal magnetoresistance at terahertz frequencies at room temperature in high-quality functional perovskite-based nanocomposites. This may find use in nanoelectronics and in THz optical components controlled by magnetic fields. 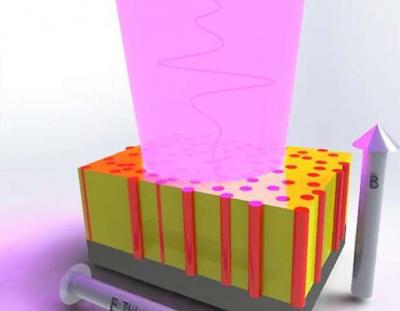 Electronics that can read and write data at terahertz frequency, rather than at a few gigahertz, can lead to faster performance. Creating such devices would be aided by the use of materials that can undergo a huge change in how easily they conduct electricity in response to a magnetic field at room temperature. Scientists believe thin films of perovskite oxides hold promise for such uses, but such behavior has until now never been seen at these frequencies in these films.

Australia-based RRAM developer 4DS Memory announced that it has signed an agreement with Belgium-based imec to develop a transferable manufacturing process for its technology. As part of the agreement the two parties will demonstrate the process with a 1Mbit test chip.

The 4DS memory cell is constructed using an advanced perovskite material, which has the same crystal structure as the inorganic compound calcium titanium oxide. The cells have no filaments and are so claim to be easier to scale compared to filamentary RRAM.

EPFL scientists have developed a new perovskite material whose magnetic order can be rapidly changed without disrupting it due to heating. This novel material may potentially be used to build next-generation hard drives. 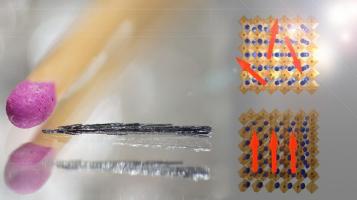 The EPFL team synthesized a ferromagnetic photovoltaic material. This material is a modified version of perovskite, that exhibits unique properties that make it particularly interesting as a material to build next-generation digital storage systems. The researchers explain that they have basically created the first magnetic photoconductor; This new crystal structure combines the advantages of both ferromagnets, whose magnetic moments are aligned in a well-defined order, and photoconductors, where light illumination generates high density free conduction electrons.