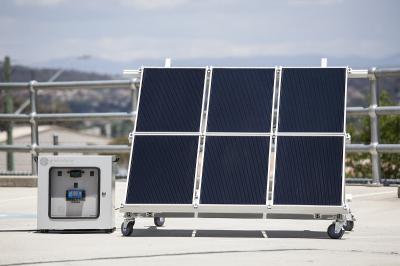 GreatCell's Managing Director, Richard Caldwell kindly agreed to talk with Perovskite-Info about the Company's current technology and future plans - and his views on the perovskite market.

One of GreatCell's main activities is the development and supply of photoactive materials, mostly for R&D. The company started offering perovskite materials about 4 years ago, during which these materials became the bulk share of its material sales - a testimony to the global interest in perovskite technologies. GreatCell is said to sell its materials "in every country known to man" and currently adds around 25 new customers each month. 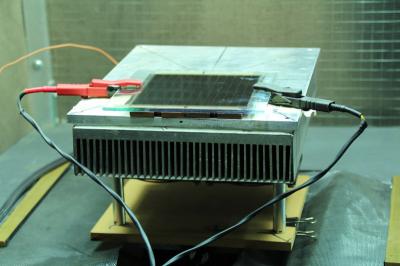 For the perovskite market, GreatCell offers perovskite compounds, in addition to more advanced products such as TiO2, ITO and perovskite covered glass, which offers early-stage researchers a way to save time and effort with such processes. GreatCell's main business, however, is in developing perovksite-based solar panels. While Perovskites are traditionally considered to be low-end, low-cost alternatives to silicon, they possess some inherent advantages that can make these panels even more attractive and efficient than silicon in some cases.

One example is the company's intensive research into steel substrates for solar panels. Silicon is highly efficient - but only in situations where the panel faces the sun directly and the sky is clear of clouds. Many steel-roofed buildings in cloudy parts of Europe are not suitable for use of traditional silicon-based panels due to their building angle. Perovskites have a higher energy yield than silicon in such conditions; GreatCell is working on flexible steel-integrated panels (as part of SOLLIANCE) which has the potential to find a huge market in the warehouses and industrial buildings across Europe.

The Solliance-developed R2R process can currently be used to produce modules that are about 13.5% efficient. GreatCell now aims to scale-up this process, which is no small feat.

GreatCell's glass-based perovskite development is progressing as well, and the company hopes to be ready with commercial prototypes towards the end of 2018. The next stage following that will be an establishment of a pilot line which will enable the company to advance to the mass production of perovskite panels. Going forward, the company aims to establish Joint Ventures with solar panel makers for the creation of commercial production lines. 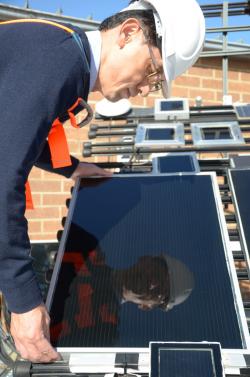 GreatCell is also collaborating in its R&D activities with both CSIRO (which is also a shareholder in the Company that recently announced its aim to increase its holdings in the future) and CSR Building Products.

Finally, Mr. Caldwell updated on the company's collaboration with Jinko Solar, which is currently undertaking long-term module stability and durability tests. Next year it is hoped that this will progress to larger prototypes and hopefully pilot activities later on.