Quantum Dots are used today in the display industry to enhance the quality and efficiency of LCD-based displays, most notably in TVs (one example is Samsung's premium QLED TV range). While these are still LCD displays enhanced by QDs, quantum dots also have the larger potential to create truly emissive displays (QD-LED) which could compete with OLEDs and even surpass them in quality, efficiency and ease of production. 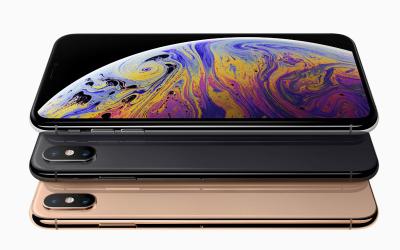 Several companies (including Samsung, BOE, LG, CSoT and others) are indeed developing QD-LED displays (Samsung, interestingly, is preparing to kick-start hybrid QD-OLED TV pilot production next year). Apple is not left behind, and the company is already known to be looking into QD-LED technologies.

According to our information, Apple is interested in perovskite materials, with an aim to enhance its QD-LED technology with perovskite materials. One possible avenue is adopting perovskite-based quantum dots, which offer several advantages over other QDs - they are easy to produce, contain no heavy metals and offer extremely high absorbance (this can be seen in the Avantama brochure below).

According to our sources, Apple is indeed employing several perovskite quantum dots and solar experts in its flat panel display group, who's developing QD-LED technologies. It will be very interesting to see what Apple comes up with in this research area.

In June 2016, Apple filed a patent (#9768404) in the US that describes a new QD-LED stack spacing architecture. The stack includes many layers (the ETL, HTL, EBL and HBL) that Apple says could adopt perovskite materials. The patent (which was issued in September 2017) also cites a perovskite Planar Heterojunction Perovskite Solar Cells research paper.

Apple has been developing Micro-LED displays for many years (since its LuxVue acquisition back in 2014), as the company aims to be the world's first with a commercial Micro-LED display (probably for its next-generation smartwatch devices). Micro-LEDs could also be enhanced with pQDs, it is quite likely that if Apple is looking into using perovskites in its future displays, this could be one area of intensive research.

The popularity of Quantum Dots for display applications, combined with the exciting benefits of perovskite-based QDs, has led several companies to develop pQDs for the display industry. At the premier display conference SID 2018, we have seen three companies demonstrating display pQDs - Avantama, Zhijing Nanotech and Quantum Solutions. A few months ago, Quantum Materials announced it has developed a high volume production process for perovskite quantum dots.

Our recently published Perovskite Handbook provides an in-depth coverage of perovskite QDs and their application in the display industry and other areas.