Italian researchers from two Italian institutions claim to have developed a two-terminal tandem perovskite-silicon solar cell with a conversion efficiency 26.3%. 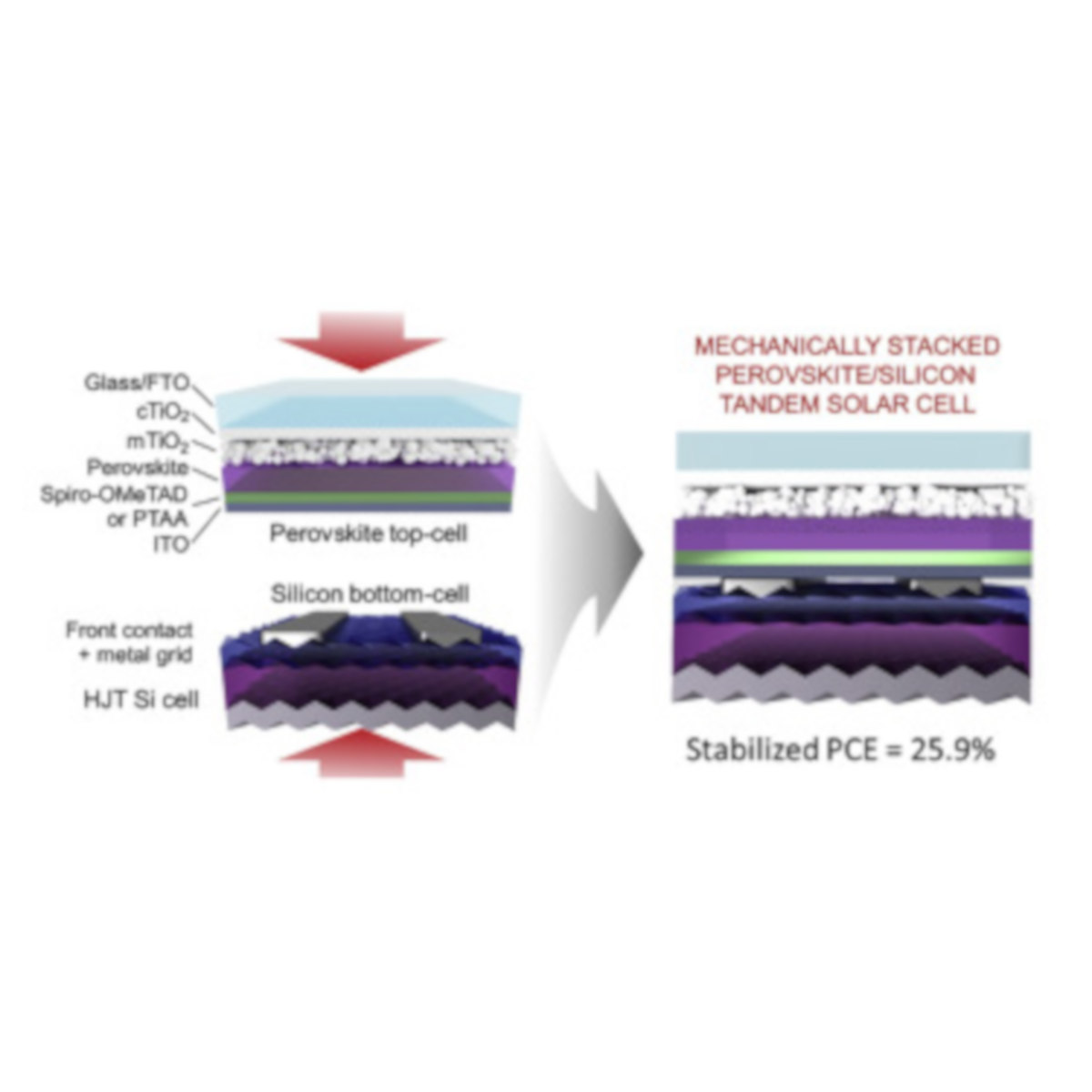 The researchers added graphene to the titanium dioxide electron selective layer used in a perovskite solar cell to increase chemical stability. The two-terminal cell was made by stacking two sub-cells which were fabricated and optimized separately. The new device blends the advantages of thin-film perovskite and silicon-based heterojunction cells, according to its developers.

The developers ' from the Italian National Agency for New Technologies, Energy and Sustainable Economic Development (ENEA) and the Tor Vergata University of Rome ' said the two-terminal structure needs fewer electrodes in the stack, reducing the amount of light absorbed and lost by such devices, and also offers cheaper production costs than four-terminal alternatives.

Graphene flakes were deposited on a titanium dioxide precursor and TiO2 nanoparticle solutions. 'Such a small amount of graphene flake doping has been demonstrated to be sufficient for boosting the photovoltaic performance of the mesoscopic [relating to dimensions ranging from nanoscale to micrometers] perovskite solar cells without altering the optical absorption of the whole device,' the researchers stated.

Instead of using a conventional methylammonium lead iodide (MAPbI3) perovskite, the research team said they opted for a mixed cation, mixed-halide perovskite to provide the best optical band gap and improved stability.

The two-terminal cell was made by applying a ''mechanical approach'' to stack two sub-cells which were fabricated and optimized separately. 'The optimized, bifacial, mesoscopic, perovskite top cell has been mechanically stacked over a silicon bottom cell by applying a pressure of around 1kg/cmÂ² over the contact area between the two sub-cells,' the Italian group said.

Magnetron sputtering was used to deposit an indium tin oxide counter electrode onto the hole selective layer and subsequently used as the top-cell rear contact. The researchers claim to have found an ideal thickness of counter electrode to reduce reflective optical losses.

The effective coupling of the two cells, the scientists said, ensured the resulting device had a high fill factor of 75.6%. 'Such optimized, bifacial, perovskite solar cells have been used as top cells in tandem devices adopting either double-side textured c-Si [crystalline silicon] and Si HJT [silicon heterojunction] bottom cells, reaching a champion PCE [power conversion efficiency] of 26.3% in reverse voltage scan mode (25.7% in forward voltage scan mode and stabilized PCE of 25.9%) over an active area of 1.43cmÂ²,' the paper noted.

Research co-ordinator Mario Tucci added: 'Graphene improved performance in the perovskite cell while the heterojunction structure with amorphous films in the rear silicon cell allowed to increase the tension.'