Researchers from Helmhotlz-Zentrum Berlin (HZB), collaborating with teams from University of Cambridge, Eindhoven University of Technology, Nicolaus Copernicus University, Salerno University and others, have developed a monolithic "two-terminal" tandem cell made of CIGS and perovskite that achieved a certified efficiency of 24.16%, with a thickness of well below 5 micrometers - which would allow the production of flexible solar modules. 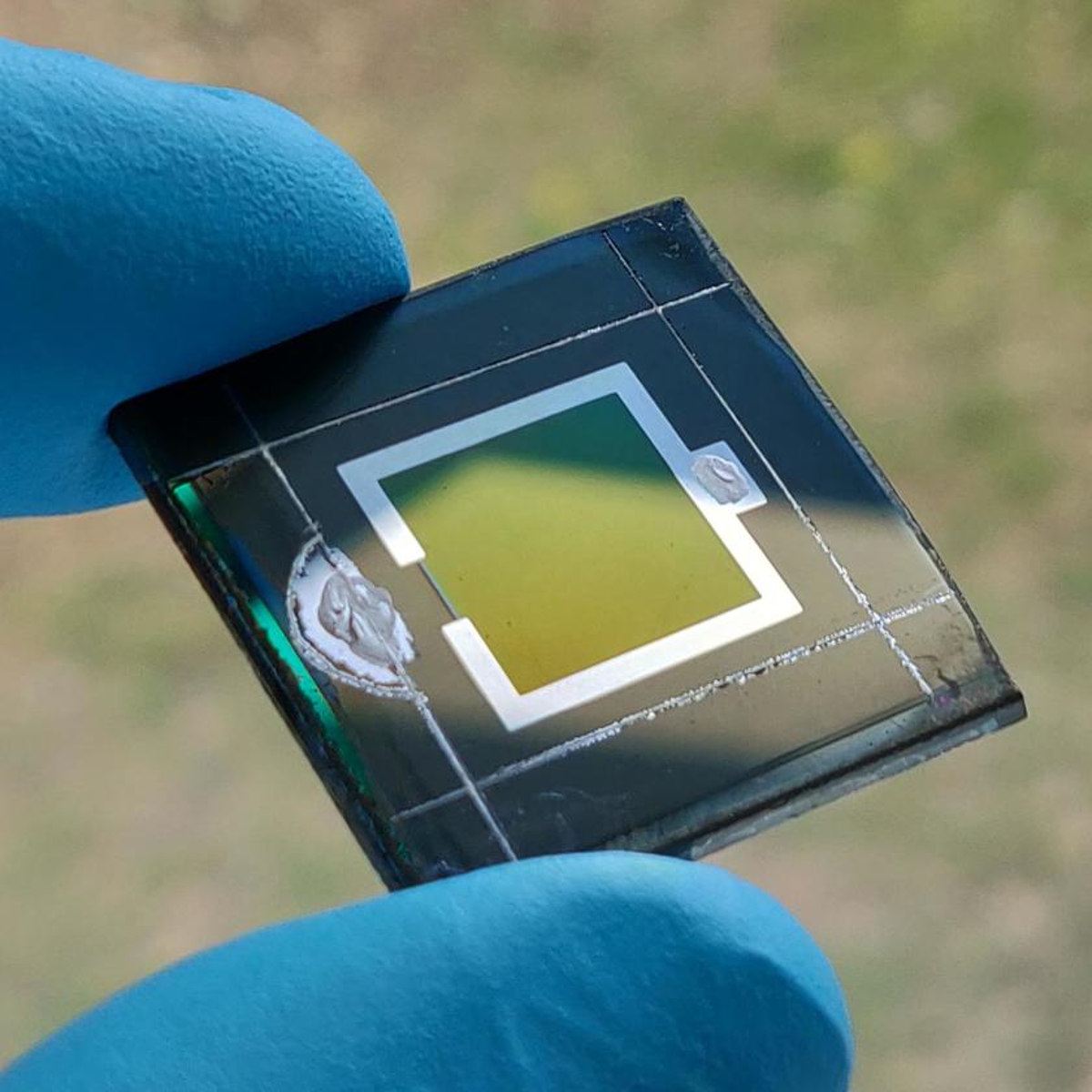 Tandem cells combine two different semiconductors that convert different parts of the light spectrum into electrical energy. Metal-halide perovskite compounds mainly use the visible parts of the spectrum, while CIGS semiconductors convert rather the infrared light. CIGS cells, which consist of copper, indium, gallium and selenium, can be deposited as thin-films with a total thickness of only 3 to 4 micrometers; the perovskite layers are even much thinner at 0.5 micrometers.

"This combination is also extremely light weight and stable against irradiation, and could be suitable for applications in satellite technology in space", says Prof. Dr. Steve Albrecht, HZB.

"This time, we have connected the bottom cell (CIGS) directly with the top cell (perovskite), so that the tandem cell has only two electrical contacts, so-called terminals", explains Dr. Christian Kaufmann from PVcomB at HZB, who developed the CIGS bottom cell with his team and he adds "Especially the introduction of rubidium has significantly improved the CIGS absorber material".

Albrecht and his team have deposited in the HySPRINT lab at HZB the perovskite layer directly on the rough CIGS layer. "We used a trick that we had previously developed," explains former postdoc from Albrecht's group Dr. Marko JoÅ¡t, who is now a scientist at the University of Ljubjana, Slovenia. They applied so-called SAM molecules to the CIGS layer, which form a self-organised monomolecular layer, improving the contact between perovskite and CIGS.

Since such "2 Terminal" tandem cells made of CIGS and perovskite now represent a separate category, the National Renewable Energy Lab NREL, USA, has created a new branch on the famous NREL chart for this purpose. This chart shows the development of efficiencies for almost all solar cell types since 1976. Perovskite compounds have only been included since 2013 - the efficiency of this material class has increased more steeply than any other material.